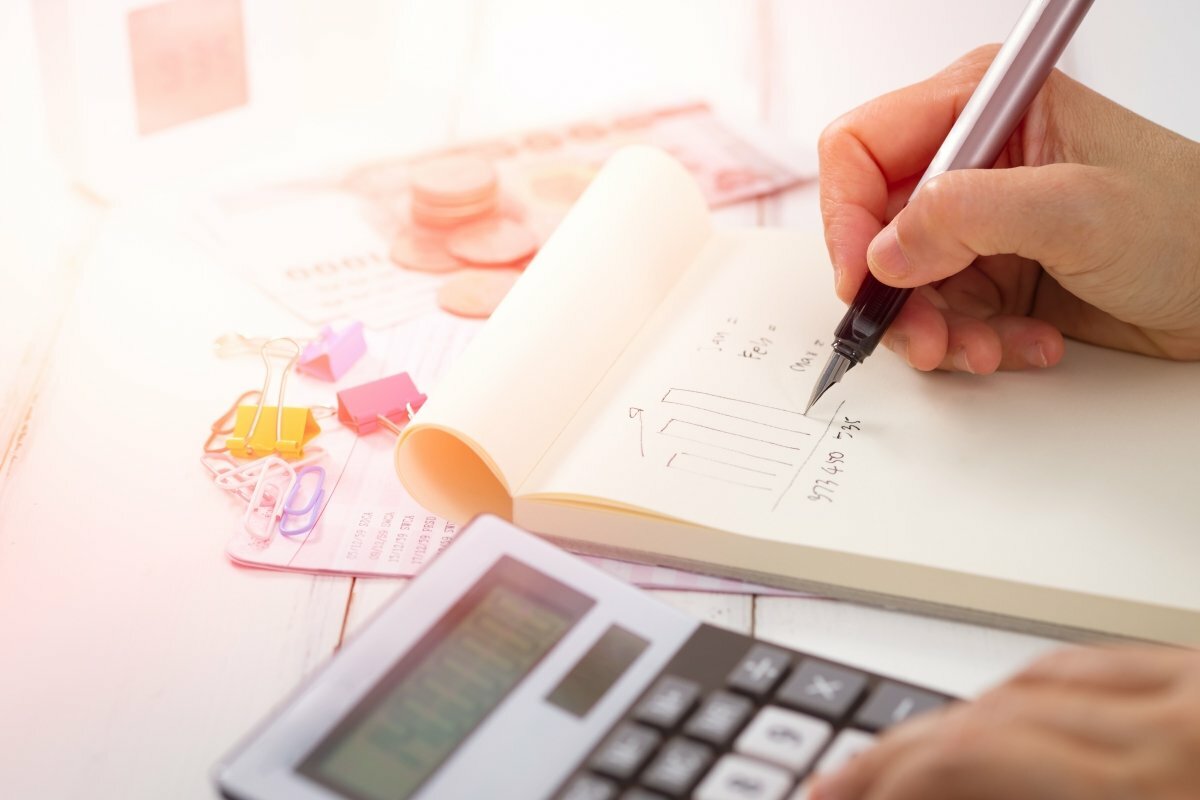 Most lenders and brokers consider that the Financial Policy Committee’s (FPC) stress test and flow limit test have survived well beyond their sell by date and will be pleased to see the FPC intends to remove its stress test. That of course is not to say that a stress test is not needed, just not one mandated by the FPC.

When the test was introduced in 2014 it initially had little impact as lenders were still recovering from the Global Financial Crisis. Lending criteria was still constrained, and most lenders were applying a similar stress test to that required by the FPC, i.e., at the lender’s revert to rate + 3%, or around 7% for most mortgages.

The Mortgage Market Review (MMR), implemented only a couple of months earlier in April 2014 by the Financial Conduct Authority (FCA), included a requirement in its responsible lending rules for lenders to apply a stress test. But crucially, it specified a minimum rate of only 1% above the lender’s revert to rate, leaving each lender to decide whether to apply a more stringent test.

This begs the question of why there was such a big difference in approach from the two regulators and I suggest this is because they are basically regulating for different risks. Despite this, one area of agreement appears to be that forecasts beyond 5 years are sufficiently challenging, so mean that the stress rate will only be based on the initial 5 years.

The FCA is trying to ensure consumers will still be able to afford their mortgage after factoring in a realistic assessment of interest rate increases. The FPC of course also wants this but it has a much wider remit - stability of the banking system and the impact any mortgage stress will have on the broader economy. Increasing the stress test obviously reduces the risk of repossession and potential lender losses but if the test is too strict some consumers are unfairly excluded from the market, or from trading up, and economic activity is unnecessarily negatively impacted.

As government policy is to encourage home ownership, any mortgage test which is unduly stringent risks undermining this policy and, in some cases, preventing a credit worthy first time buyer from obtaining a mortgage, even if monthly payments are less than their rent.

Although the Government’s Help to Buy (HTB) scheme was designed to boost the construction of new homes and address the lack of 95% LTV mortgages for new builds, it was also a way around the FPC rules. As affordability for 95% LTV borrowing using HTB (75% first charge + 20% second charge, or 55% / 40% in London) is primarily based on the first charge it is much easier to meet any affordability test using the HTB scheme than with a standard 95% mortgage!

More recently the Government succeeded in pressing the regulators to find a way round their rules to relax the normal affordability test for “mortgage prisoners”, another example of the Government facilitating (for good reasons) the circumventing of the normal regulatory restrictions.

The stress test does not apply to fixed rates of at least 5 years and about half of new mortgage lending since 2018 has been fixed for 5 years or more; it also does not apply to like for like remortgages. Therefore, as the FPC stress test no longer applies to well over 50% of new mortgages it has become much less relevant than when it was introduced. Although lenders have flexibility to decide whether to apply a different stress test to mortgages outside scope, many have not done so, except on Buy-to-Let mortgages.

Most people choosing a fixed rate for at least 5 years have not done so to enable them to borrow more but one unintended consequence of the stress test is that some borrowers opt for a longer term than they really want in order to pass the affordability test. Borrowers can choose to overpay to reduce the term to what they originally wanted but of course not all do so.

The FPC Consultation Document states that it considered the potential impacts of withdrawing the affordability test on mortgage market access and in paragraph 32 claims that the FPC’s affordability test only prevents around 1% of renters from buying. This is very misleading as it has excluded the 83% of renters it says, “currently lack the savings to raise a 5% deposit themselves”, completely ignoring the fact that many FTBs receive family help with the deposit. It is also based on FTBs only considering buying a “median-valued first-time buyer home in their area”. In the real world many FTBs will consider buying a below median-value first home and/or looking outside their area if that is the way to acquire their first home. The 1% figure also ignores FTBs who want to move straight from the family home without ever renting and also the fact that not all renters want to buy. Therefore, I suggest that the real number of FTBs prevented from buying by the FPC’s affordability test is significantly higher than the 1% claimed by the FPC.

A stress test is clearly needed for mortgages where the rate is not fixed for the whole term, but the appropriate level needs to be actively considered on an ongoing basis in the light of changing financial conditions - not left unchanged for 8 years, as the FPC has done, despite significant changes in market conditions during that period, as it admits in the Consultation Document. On the same basis that the FPC’s countercyclical capital buffer for banks is designed to reflect economic changes, mortgage stress tests should reflect the interest rate cycle and expected changes, whilst recognising the fragility of forecasts.

As conditions improved in financial markets, and with Bank Rate remaining in a very narrow band of 0.1% to 0.75% for over 13 years (although likely to move higher in the near future), the FPC stress test increasingly restricted maximum loans to less than other responsible lending calculations would have supported.

The above all supports the FPC’s decision to abolish its stress test. The stressed rate is just one of many factors affecting individual lenders’ assessment of what is affordable and abolishing a “one size fits all” FPC mandated stress test will allow individual lenders to make lending decisions based on their own risk profile, whilst still following the FCA’s responsible lending rules.

The FPC initially advised at its December 2020 quarterly meeting that it was planning to change its mortgage stress test the following year. But merely announced a consultation at its December 2021 meeting. The Consultation Document indicates that the change won’t be implemented until next year, presumably, at least in part, due to the continued strength of the housing market. Although this means that the can has been kicked down the road for over 2 years, the timing looks sensible as by next year higher mortgage rates combined with other major increases in living costs are likely to result in little or no house price growth.

The other FPC mortgage test introduced at the same time is its “LTI flow limit”, which it plans to leave unchanged. This requires lenders (except those with residential mortgage lending of less than £100m p.a.) to restrict the maximum income multiple offered to 4.49x for at least 85% of borrowers. (In practice it is always more than 85% because the figure is based on annualised quarterly lending figures and as lenders’ offers are valid for up to 6 months, they can never tell in which quarter borrowers will complete.)

An income multiple of 4.49x, or even less in some cases, will be appropriate for many borrowers but a higher multiple is affordable for more than 15%, especially those on relatively high incomes and those with few other financial commitments. The restrictive nature of the FPC limit is clear from the number of lenders who cap large segments of their lending at 4.49x income, regardless of the affordability test, and often adjust the category of borrower to which the 4.49x limit applies. In practical terms the effect of the current LTI flow limit is that lenders must decide which categories of potential borrowers they should discriminate against by restricting the maximum loan to less than they consider affordable. It also ignores the situation of any lender which wants to specialise in a sector of the market where a higher income multiple would automatically be responsible, e.g., a lender only offering Fixed for Life mortgages or RIOs.

The Bank of England and the Government have both in the past highlighted the benefits of long-term fixed rate mortgages and clearly a higher stress rate does not need to be applied to any mortgage where the rate is fixed for life. On its Fixed for Life range Kensington offers 6x income for FTBs but not others and the only reason for this is fear of breaching the flow limit rule. If the FPC is determined to keep its flow limit with a maximum of 15% of loans allowed above 4.49x income it should at the very least exclude certain categories of loan, such as Fixed for Life and RIOs, from the calculation.

Although, other things being equal, (which of course they never are!) any relaxation of mortgage lending is likely to have some impact on increasing house prices. However, the end of the Help to Buy scheme in March next year will have the opposite effect, another reason for introducing changes early next year.