The Latest Financial Trend that Keeps Your Information Secure and Encrypted

Written on 7 August 2019 by Alice Colmer 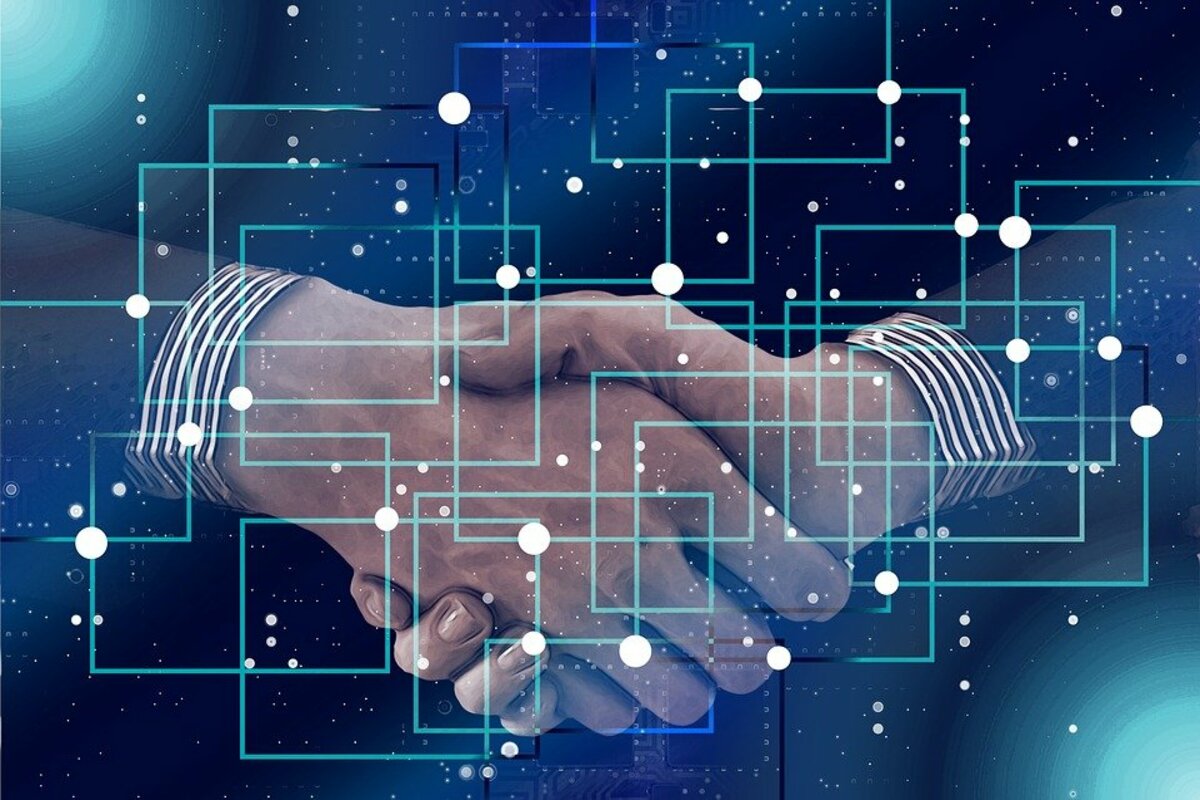 Understanding the latest trends in finance and technology isn’t always easy. We’ve broken down the key components of blockchain technology so you’re aware of the latest ways to ensure your data is safe when undertaking large transactions.

Blockchain reflects the huge development in digital that has taken place over the last decade. It’s proved to be a major asset in digital payments and many other areas involving currency and security.

HM Land Registry recently explored blockchain technology as part of their service development project Digital Street, in efforts to “bring greater transparency, speed and trust to property transactions”. They have successfully tested a prototype blockchain with the sale of a semi-detached house in Gillingham, Kent. The project showed how the blockchain technology could potentially reduce uncertainty and delays when buying property.

We explain everything you need to know about blockchain below.

Blockchain is a technology that’s used to record your transactions, originally created to power the application Bitcoin. Each block constitutes a single transaction, storing information such as the date, time and amount spent.  Blocks also store information about who is participating in transactions, leaving behind a digital signature after every purchase. Every time a new transaction takes place it becomes another block in the chain.

Many established businesses are now investing in blockchain technology. The blockchain network can be distributed across multiple desktops making it ideal for businesses. The system creates an intrinsic layer of security making it very difficult for an outside source to hack into the system.

What Are the Benefits of Blockchain Technology?

Every block has its own unique code known as a “hash”. Each block will contain its own hash, along with the hash of the block before it. The system is wholly decentralised. For example, if a block is ever altered, for example if a hacker attempts to edit your transaction, that block’s hash will change and therefore disturb the entire chain. The hacker would need to edit the entire chain to cover their tracks. This is almost impossible without an extensive amount of computing skills. This level of security helps ensure that your personal or financial information will remain private and secure.

Blockchain isn’t owned or controlled by a single organisation. Because of this, the existence of blockchain isn’t dependent on one individual and is therefore much more reliable. Reassurance that the system will remain incorruptible is essential if you’re working with a large investment.

Settlements can take up to a week to go though. With blockchain these can be done in minutes. Blockchain removes the need for an intermediary, such as a bank, so transactions will go through instantly no matter where you are.

What Are the Negatives of Blockchain Technology?

Although the concept of decentralisation can be a positive it can also have drawbacks. For example, if something goes wrong within the system, there is no official mediator to correct the situation or assist with any problems you may have.

Blockchain technology comes with a glossary of specialised industry jargon which can be hard to understand when you’re new to the idea. It’s entered the mainstream but brought with it an entirely new vocabulary that could ward off potential users.

Blockchain is a relatively new system. With technology constantly developing it means that companies are not necessarily aware of the preparations they must undertake to ensure safety of blockchain use.

Opportunities Within the Mortgage Industry

Ever increasingly, blockchain has the potential to revolutionise the mortgage and finance industry. Mortgage lending and banking relies heavily on trust due to the large transactions that take place throughout the lending process. Blockchain could account for any issues in security due to the strong encryption within each block, which make it very difficult to alter.

When purchasing a house there are many transactions between the buyer, seller and lender in which they’re adding different fees and making multiple transactions. There can also be a lot of paper-based transactions which can be a lengthy process. Blockchain technology can reduce some cost or resistance from the buying process and generate virtual account records that are incorruptible.

Blockchain technology has a lot of potential to thrive within the mortgage industry. It offers a quick and secure approach to organising your finances during the mortgage lending process.

What Is Buy Now Pay Later and What Does It Mean for My Mortgage Applications?

Will the EPC Changes Cause Damage to our Commitment to Climate Change?